Everyone congratulate me! I somehow survived one whole month of IB Diploma. It seems like such a huge achievement although there’s many, many more months to go. And it’s only going to get more stressful from here. But I’ve already had a couple of tests, etc and they went pretty well too! So I’m happy…for now.

Reading-wise, this month was pretty good, I read some absolutely wonderful books, including one that I’m now obsessed with. I’ve decided to add a new segment to these wrap up posts. Instead of just talking about the books I read, I’ll talk about more, including stuff about my life in general that might’ve happened during the month. If you guys don’t want this, let me know! I don’t want to blab about things no one wants to know about🙊

This month, I read 14 books. My favorite was undoubtedly When Heroes Fall and When Villains Rise although my ARC of A Lock of Death comes a close second.

I only bought 6 books this month:( Tragic, I know. But as I type this, I’m already tapping “Add to Cart” for more books that should be here soon enough, and will count in October’s Book Haul. The book haul is below and I bought all of them except Frosted by MC Frank, which she sent to me herself because I’m her rep on instagram (I’m so in love with some of her books).

So, a couple of things happened this month, bookish and non-bookish. I thought I’d just share them since I heard somewhere that people like knowing about the lives of the bloggers they follow. We’ll start off with the bookish first, of course.

I think that’s all. I’m confident there’s more that happened this month that I just can’t remember to write right now. Oops.

How was September for you?? Summer ended, so was going back to school/college/office good for you? Or did you dread it as much as I did? 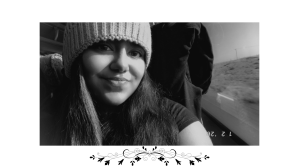 for some reason guys with the name Killian are just superior.
I’ve been obsessed w this song as of late so I had to do this trend🤭
happy release day to the publicity stunt ❤️
this baby is releasing tomorrow AHHHH.
alex volkov is literally the king of groveling
🤭
Loading Comments...
%d bloggers like this:
%d bloggers like this: